Background:  In 2004, the Defendant was a 60-year old disabled man who was trying to build a home for himself.  A few years earlier, he had inherited money and property from his mother.  Unfortunately, the Defendant ran out of money to complete his dream home.  He went to a now-closed local mortgage broker to obtain a mortgage.  The mortgage broker, looking out for his interests instead of the Defendant's, sold the Defendant a 30-year, adjustable rate mortgage (ARM) that grossly exceeded the Defendant's sole source of income, Social Security Disability.  The now-defunct New Century Mortgage Corporation underwrote the mortgage.  Needless to say, the Defendant struggled mightily to pay this fraudulent mortgage, and eventually defaulted.

In 2008, the Plaintiff first attempted to foreclose on the Defendant.  The Defendant first went to a local nonprofit organization that assists homeowners facing for closure for help.  They thought he was a victim of mortgage fraud and suggested he contact a lawyer.  Eventually, he retained an attorney to represent him.  That attorney was able to get this first case dismissed in 2012, but he didn't address the mortgage fraud and related issues (for example, failure to adhere federal and state underwriting guidelines, deceptive acts and practices, violations of the Federal Trade Commission Act, Real Estate Settlement Procedures Act (RESPA), Truth in Lending Act (TILA), etc.).  The Defendant thought he was in the clear, though.

In 2014, the Defendant came to the Dombrow Law Firm.  We helped him remove a Notice of Pendency (Lis Pendens) from the property the Plaintiff put there during the 2008 foreclosure.  However, in 2015, by the time we removed the Notice of Pendency, the Plaintiff, through its servicer, Ocwen Loan Servicing, sued the Defendant a second time for foreclosure.  This time, we filed an Answer, Affirmative Defenses, and Counterclaims against the Plaintiff addressing these issues and more.

The Appellate Division, 4th Department, unanimously affirmed Justice Clark's Order.  The 4th Department held that the Defendant proved the Plaintiff started its foreclosure action against him after the Statute of Limitations had expired, and therefore, could not foreclose upon the mortgage debt.

The Plaintiff first attempted to foreclose against the Defendant in 2008, declaring "immediately due and payable the entire unpaid balance of principal."  The 4th Department held this was enough to prove the Plaintiff first accelerated the mortgage debt at that time.

The 4th Department also held, though, that after this first foreclosure attempted had been dismissed by the Court, the Plaintiff never revoked its 2008 acceleration of the mortgage.  Further, the Court ruled the Plaintiff had not sent to the Defendant a "de-acceleration notice that was clear and unambiguous (to the Defendant) to be valid and enforceable."  Therefore, when the Plaintiff began this second attempt to foreclose in 2015, the 6-year Statute of Limitations to do so had expired.

Finally, the Court rejected the Plaintiff's argument its option to accelerate the mortgage debt payments did not take effect until the entry of the judgment of foreclosure.

Appellate Decision's Effect:  The Appellate Department's decision effectively allows the Defendant to extinguish the mortgage debt without making any further payments to the Plaintiff.

Takeaway:  Had the Dombrow Law Firm gotten involved sooner, we could have obtained an even better result for the Defendant.  If your lender or servicer has started a lawsuit against you to foreclose on your mortgage, then you should contact an attorney right away to defend yourself.  Depending on your situation, if the attorney successfully defends you against the lawsuit, then the attorney may be able to obtain attorney fees and court costs from the lender or servicer trying to foreclose. 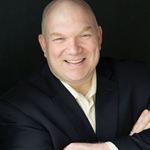 Thank you for contacting us. We will get back to you shortly.

Please complete all required fields below.